Guiding Light to be Extinguished 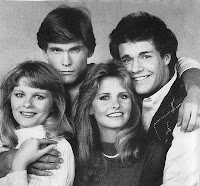 72 years, nearly 16,000 episodes. What a legacy being left by the world’s longest running TV drama. The Guiding Light will air its final show on September 18, 2009, and you can bet there will be mourners. CBS cites low ratings for the decision to cease production of the soap, which has garnered 69 Daytime Emmys since its debut on television in 1952. 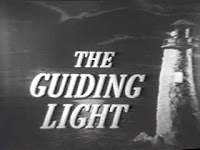 “I created ‘Guiding Light’ with one fundamental theme in mind: the brotherhood of man.” Irna Phillips, the show’s creator, couldn’t possibly have imagined the episodic’s success when he wrote those words in 1937. The daily peek into the lives and loves of the good folks of Springfield has attracted a huge following over the years, as viewers alternately laugh, cry, and pound their fists over every birth, death, affair, murder, kidnapping, disappearance, resurrection and, yes, even marriage. Marriages, as you may know, don’t usually last long in the soap world. And savvy viewers will pick up the same, recurring themes on modern dramas such as ‘Grey’s Anatomy’ and ‘“Brothers and Sisters’. Adultery, rape, abortion, homosexuality and AIDS are topics written into daytime scripts, often long before their nighttime counterparts.

The Guiding Light, among other daytime dramas, has launched many stars into the prime time and silver screen spotlight. Early stars such as Mercedes McCambridge and Maureen O’Sullivan played parts. Christopher Walken, Joseph Campanella, Jimmy Smits and Blythe Danner all took a turn on the soap.

According to the Los Angeles Times, viewership fell from 5 million in 1999 to 2.17 million per episode this season. CBS, it says, “agonized” over the decision, along with the show’s owner Proctor and Gamble. By comparison, the network’s ‘Young and the Restless’ is still pulling in around 5.26 million viewers per episode. P&G has stated they are trying to find a new home for GL.

Early in my writing career, I considered trying to land a spot in the land of suds and lust. After careful research, I decided that the pace would be too much for a writer with young children still underfoot; soap scribes turn out a hour’s episode five days a week. Storylines are often handled by different writers and woven together via teleconferences and late-night think tank meetings. Burnout is not uncommon.

While I haven’t watched ‘Guiding Light’ in a few years, I still remember the characters as if they were distant relatives. Philip Spaulding, Rick Bauer, Reva Shayne, Josh Lewis… I will still miss them, knowing they won’t be there at 2 pm anymore.

Anne Carter is the author of paranormal romantic mystery, POINT SURRENDER, from Echelon Press, Amazon and Fictionwise. Visit Anne at BeaconStreetBooks.com.
Posted by Pam Ripling at 7:56 AM

I watched this with my grandmother when it only ran for 15 minutes each day!

How could CBS take it off??

I also remember coming home from elementary school in the fifties at lunchtime and watching this soap everyday and for many, many years thereafter. Alas, having to work each day, I somehow lost touch with my old friends of GL.

You will all be missed. 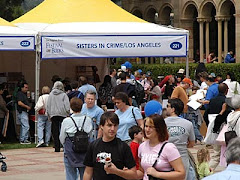 One place I'll be signing on April 26th